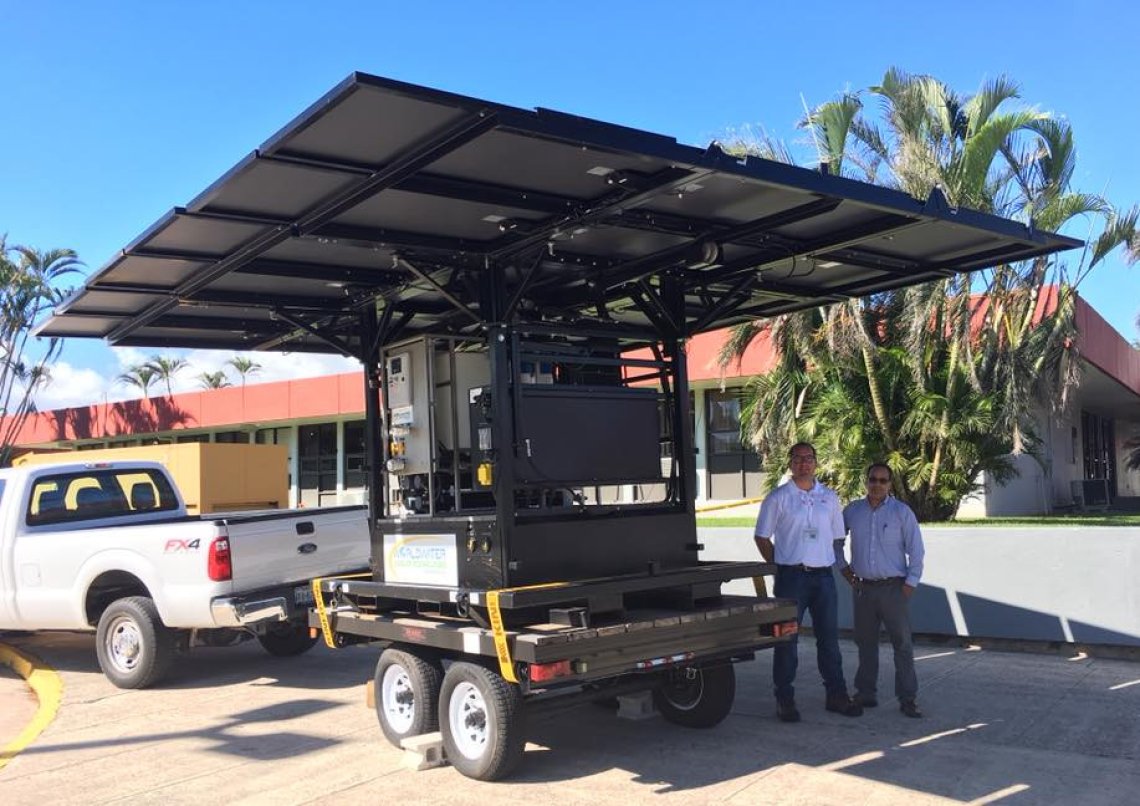 On December 28, 2019, January 7 and 11, 2020, with less than a couple of weeks between, residents of Puerto Rico were jolted awake by earthquakes of 5.2, 6.4, 6.0 magnitudes respectively that have caused significant damages to the power and built infrastructure. In this time over 2,000 tremmors have been registered. Thousands of residents of the Southern part of the Island gathered in earthquake refugee camps looking for safety and access to water and electricity. In response to demands for electricity and clean water in communities affected seismic activity, LORD and WorldWater & Solar Technologies teamed up again to deliver integrated, off-gird, mobile solar platforms that provide both water and power.

The team-up was a repeat collaboration that followed on the steps of Hurricane María emergency response efforts, when  WorldWater & Solar Technologies has sent multiple Mobile MaxPure™ units to Puerto Rico and LORD teams were able to transport and connect the mobile units.

To find out more about mobile or emergency power generation alternatives, contact us.